Trinity “T” is a beautiful, strong, talented hunter and family member with outstanding conformation and temperament.

T, now a retired show dog, is one of our best hunting dogs. She entered the show ring as a 3-year old and finished her AKC championship in 4 shows with 2 5-point majors, and a 3-point major. She completed her Grand Championship less than 2 years later in limited showing. She also has her UKC Senior Hunt Retriever title 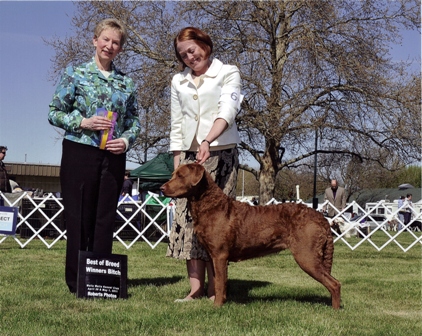 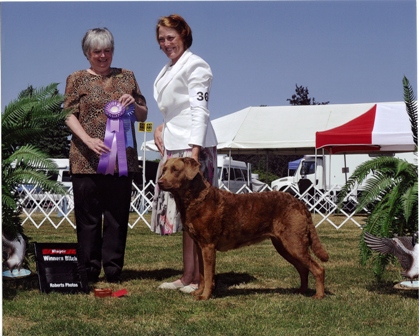 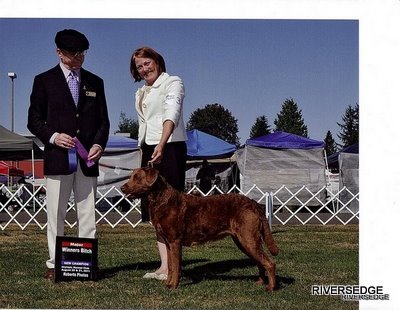